I would pay for a site that was like YouTube but boosted videos from people with actual credentials. YouTube instead boosts videos that are factually incorrect from nobodies and unless you watch the video and have a critical eye you can be caught unaware.

The completed Lego BMW Motorrad ensconced on a shelf in my study. I give it a 9/10 which is a high rating for me. Loses a star for a couple of missing parts and insufficient supports for some of the finishing pieces. 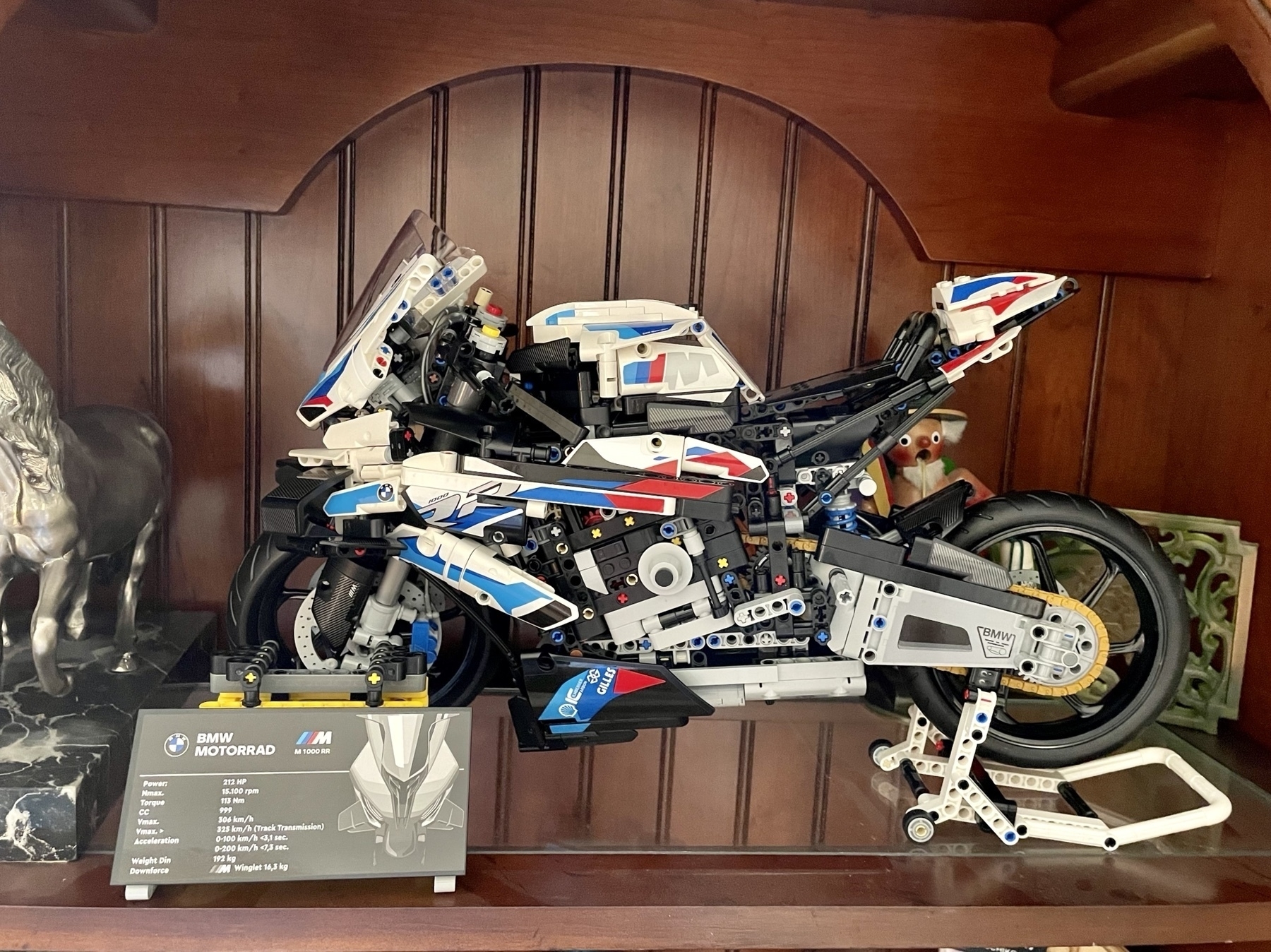 Have some amazing wallpaper

Less than a month before middle school starts. Yesterday I took my son shopping for a new backpack and a couple pairs of shoes (Vans). Today we ordered the items off the school supply list using Amazon Prime. I’m happy to be done. Son isn’t happy to think about school starting.

My wife came back from Cali with an upper respiratory something or other. Nothing that really indicated Covid but since we have tests sitting around we used one. Result negative today. Her sister also tested negative. 👍🏼 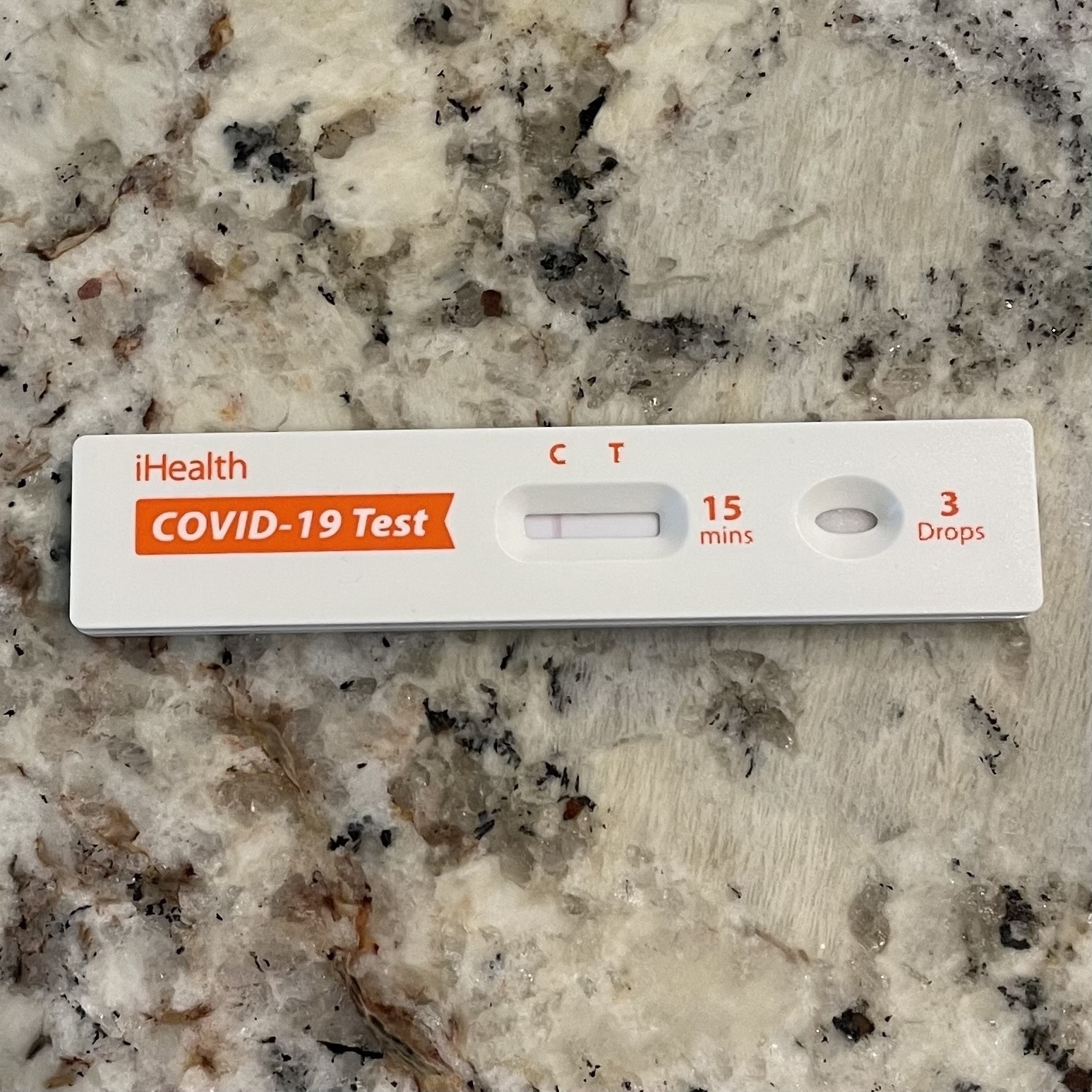 I find Apple’s Studio Mac really tempting. Two things hold me back though. First I expect an M2 version later this year and second is finding a reasonably priced display with specs comparable to the 27” iMac display. Last time I tried using a 3rd party monitor I had to give up👀

Well someone is using one of our credit cards all over Los Angeles. Of course without actually possessing the credit card. Oh the joys of changing all our recurring charges. Thankfully we have a backup card. Long lie consumerism. 💳

Lego BMW Motorrad is almost mechanically complete. Bag set 3 of 5 done and page 244 of 379. Moving on to the finish work. 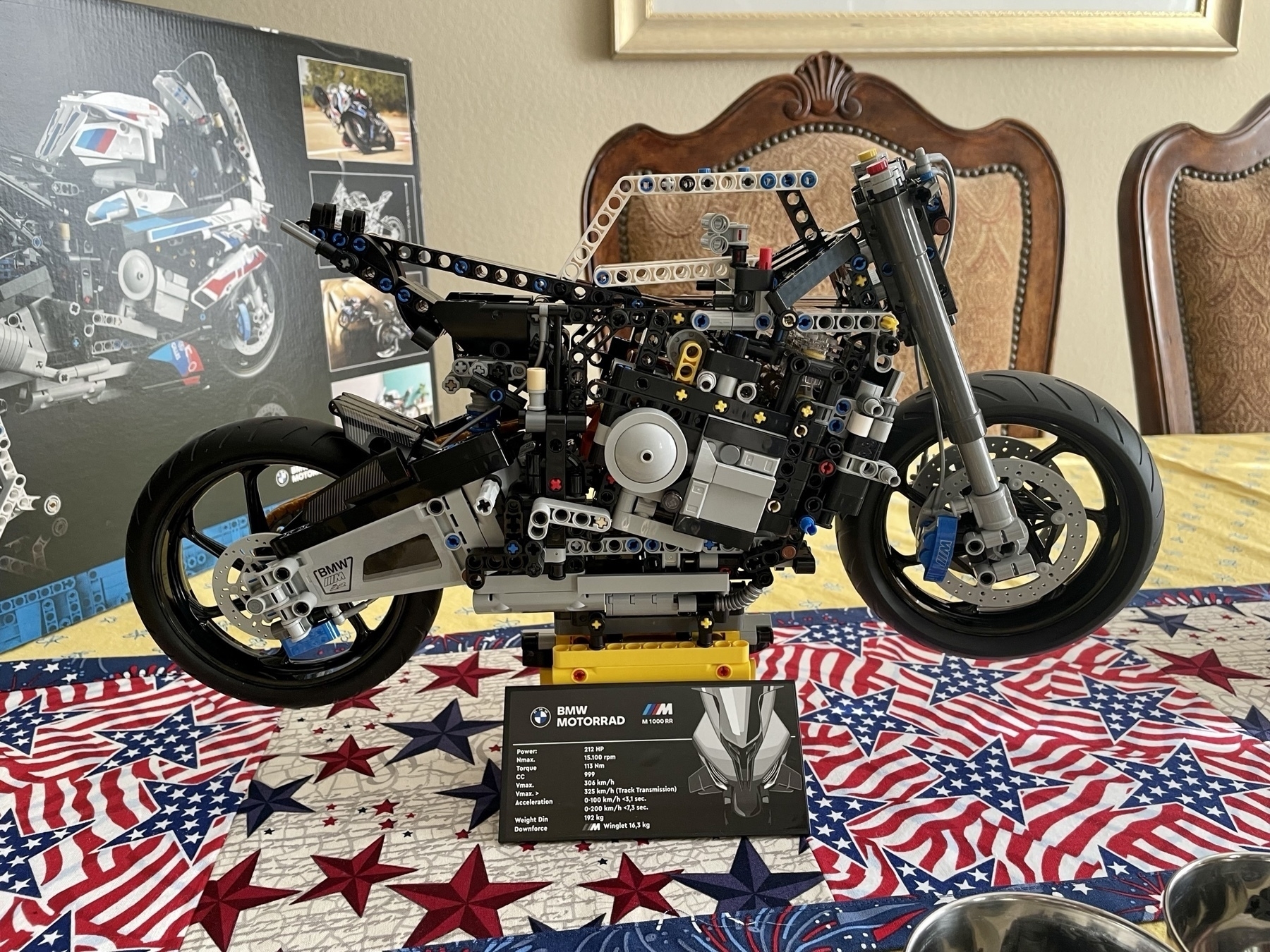 We got a new clothes dryer and it showed alerts our vent was partly blocked. Continued even after I cleaned the whole length of the vent. Adjusting the semi-rigid hose didn’t help. I bought a periscope style dryer vent and installed it today. Problem solved! Yay for me! 👍🏼

I’ve always valued this quote: “Happiness is always a by-product. It is probably a matter of temperament, and for anything I know it may be glandular. But it is not something that can be demanded from life, and if you are not happy you had better stop worrying about it and see what treasures you can pluck from your own brand of unhappiness.” - Robertson Davies

I’m poking around on my disk finding some blasts from the past and came across this. It is a sympathy card our vet made when our first dog passed many years ago. It was lovely and we were really touched she would make this because we didn’t know her well: “Hold My Heart”.❤️ 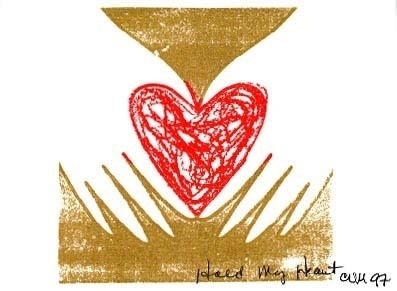 I just discovered I have the source files from the old Path social media network. It is an index.html file with css, media files and associated HTML. Is there a way to import this to my micro.blog ⁇

I’m finding a complex Lego build to be a great distraction. I pop in my Airpods Pro and the world fades away.

This is one of the most awesome videos I’ve seen. Yeah for physics.

Bag set 2 and the first 156 pages of the manual for the Lego BMW Motorrad are complete. I should complete it this weekend. Onward! 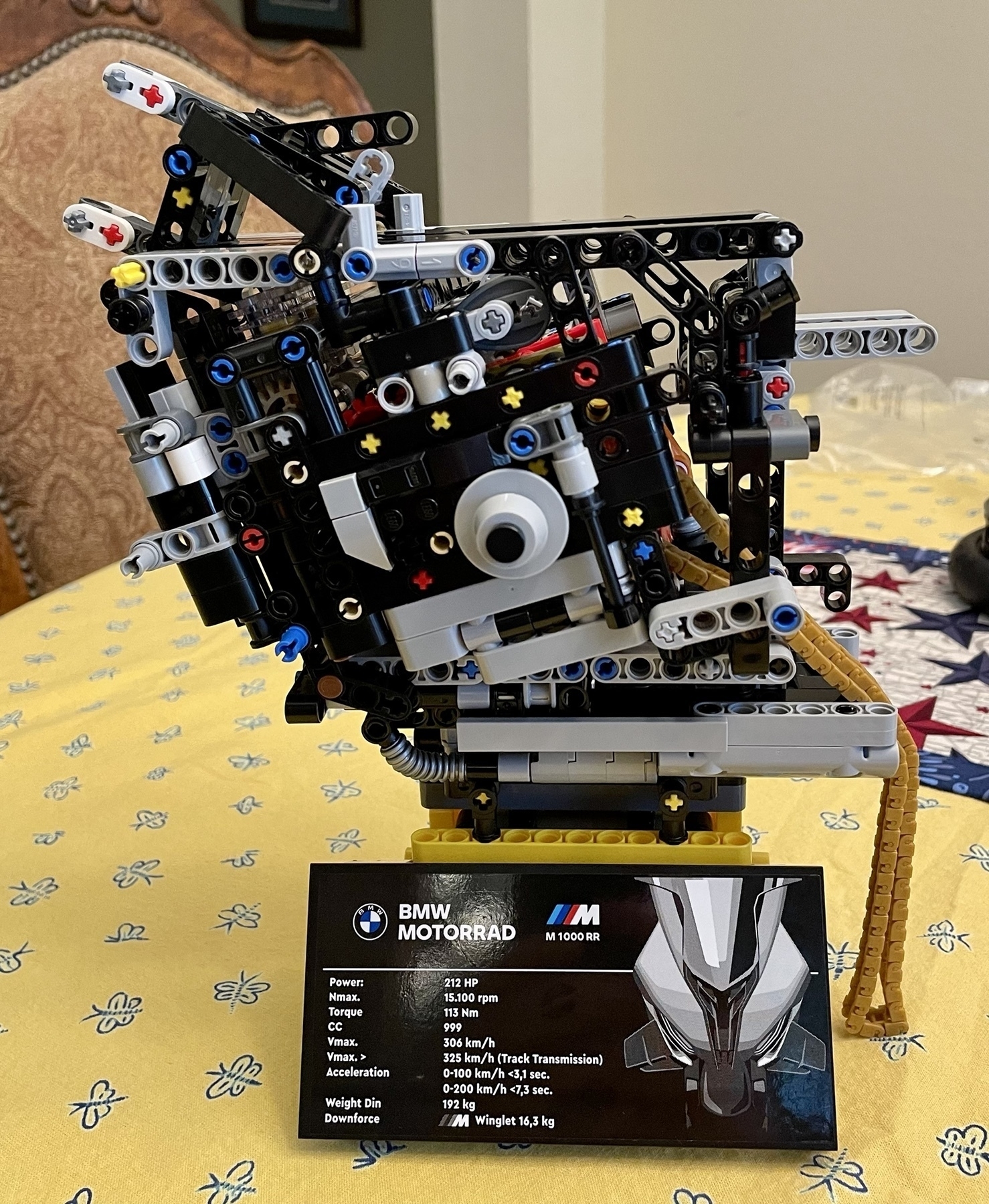 At the wine bar happy hour celebrating our new found freedom. I.e. our daughter can drive her damn self now 😂 First set of bags of the Lego BMW Motorrad are complete, 4 sets remain. 86 pages of the manual complete, 300 left to go. Engine parts seem to move as expected. Really like this kit so far😃 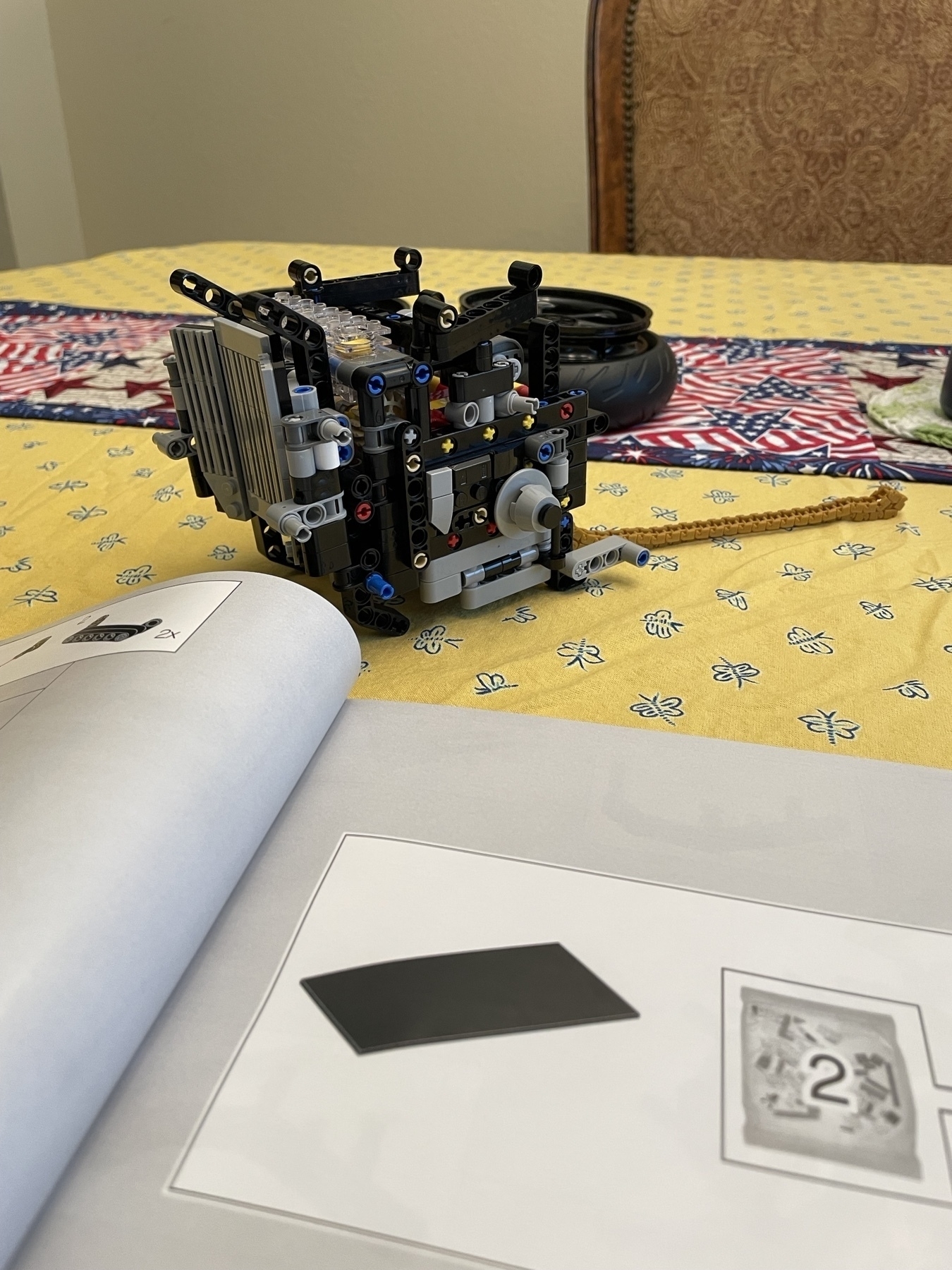 A momentous day. Our daughter passed her driver’s license road test today with a 91. She has an appointment tomorrow morning to make it all official. I think the parental taxi drivers are more excited about this than she is. 🚗

And so it begins… bag 1 of Lego Motorrad 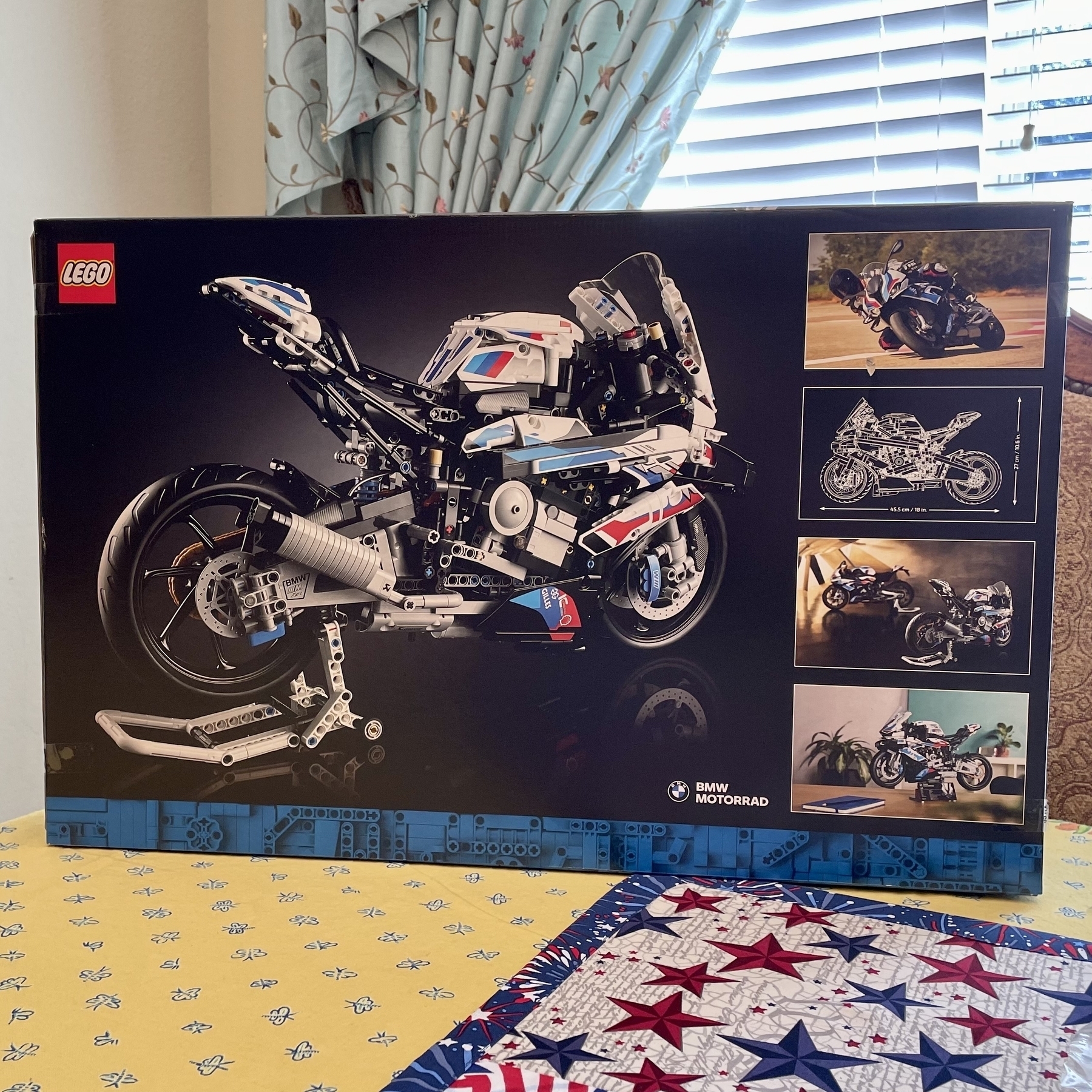 In today’s episode of “homeowner bliss” I cleaned our dryer vent pipe. First time in 15 years here. The path from inside was easy. Unfortunately the outdoor outlet for the vent is on the roof and as I feared some lint clogged up the screen on that vent. Roof in 100F heat is no bueno🔥 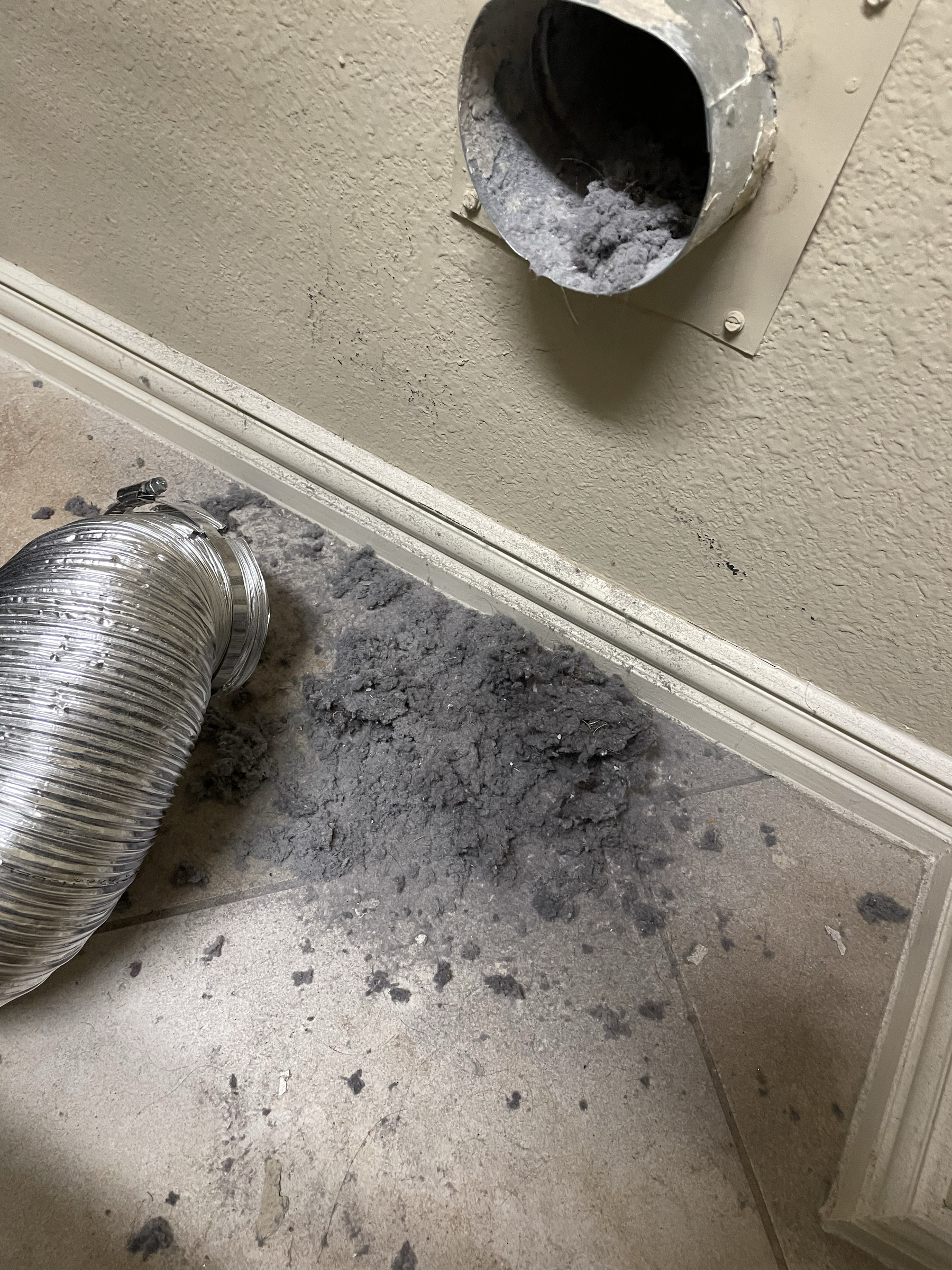 Today I learned, the hard way, that the official WSJT-X binary for Raspberry Pi can’t be used on the Bullseye version. I say hard way because the error was about an obscure library dependency. You have to compile it yourself instead of using the download. Would it kill them to note this on the download page?

Finished the build of the Qrp-Labs QDX digital transceiver kit. I must say the instructions are fantastic. And the best part is no magic smoke and both the send and receive sides worked right away on both Mac and RPi. Heard as far as 3,600 miles today via FT8. 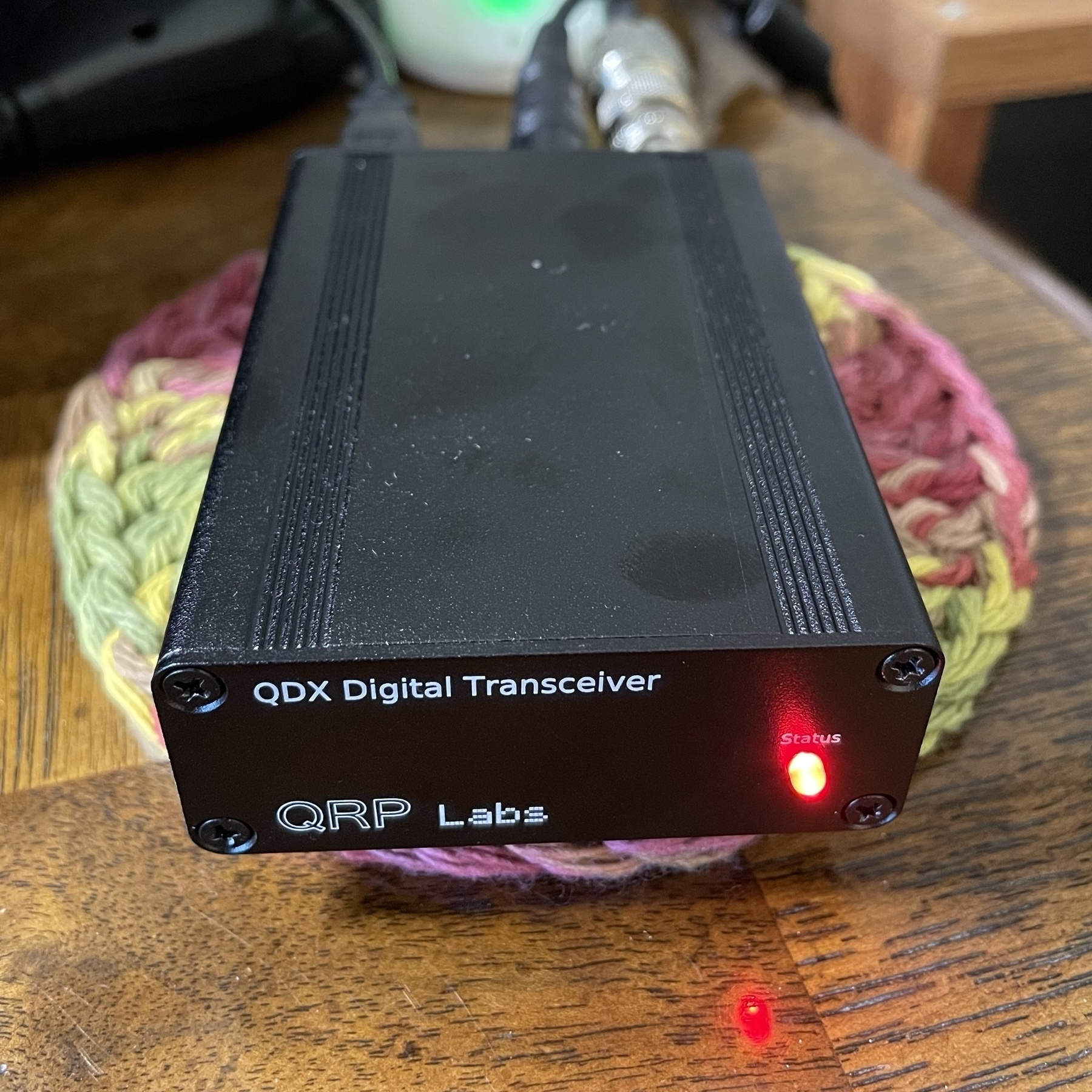 Lounging on the back patio to start my day. 75F, sunny. Listening to the music of lawn mowers and enjoying the sweet smell of freshly mowed grass. 👍🏻 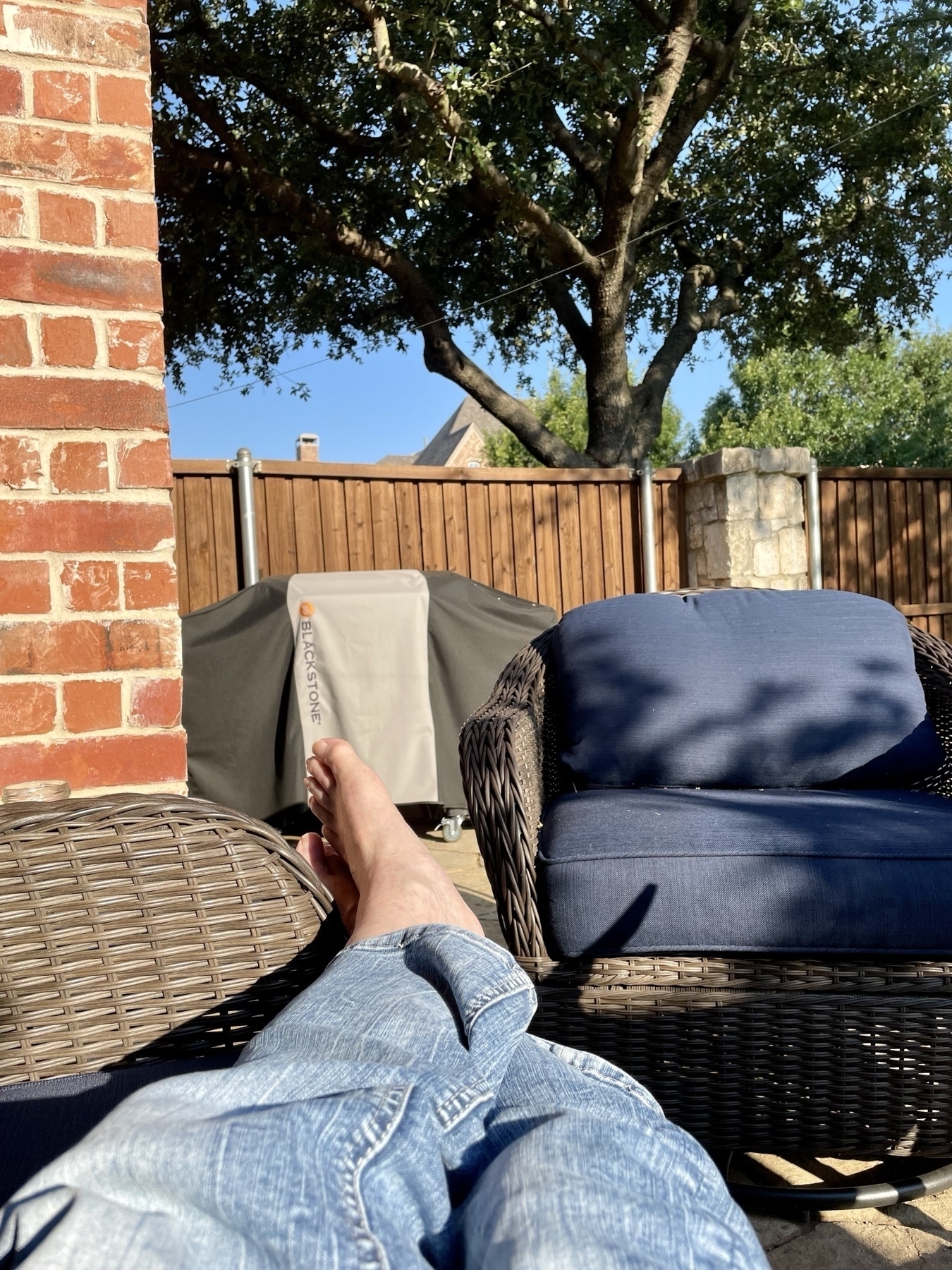 Today’s progress included installing 4 transistors, winding a transformer and winding 8 inductors.I think about 150 turns total. I caught a mistake on one inductor and fixed it. Hopefully my only mistake… Could be a bit neater but looks ok so far. 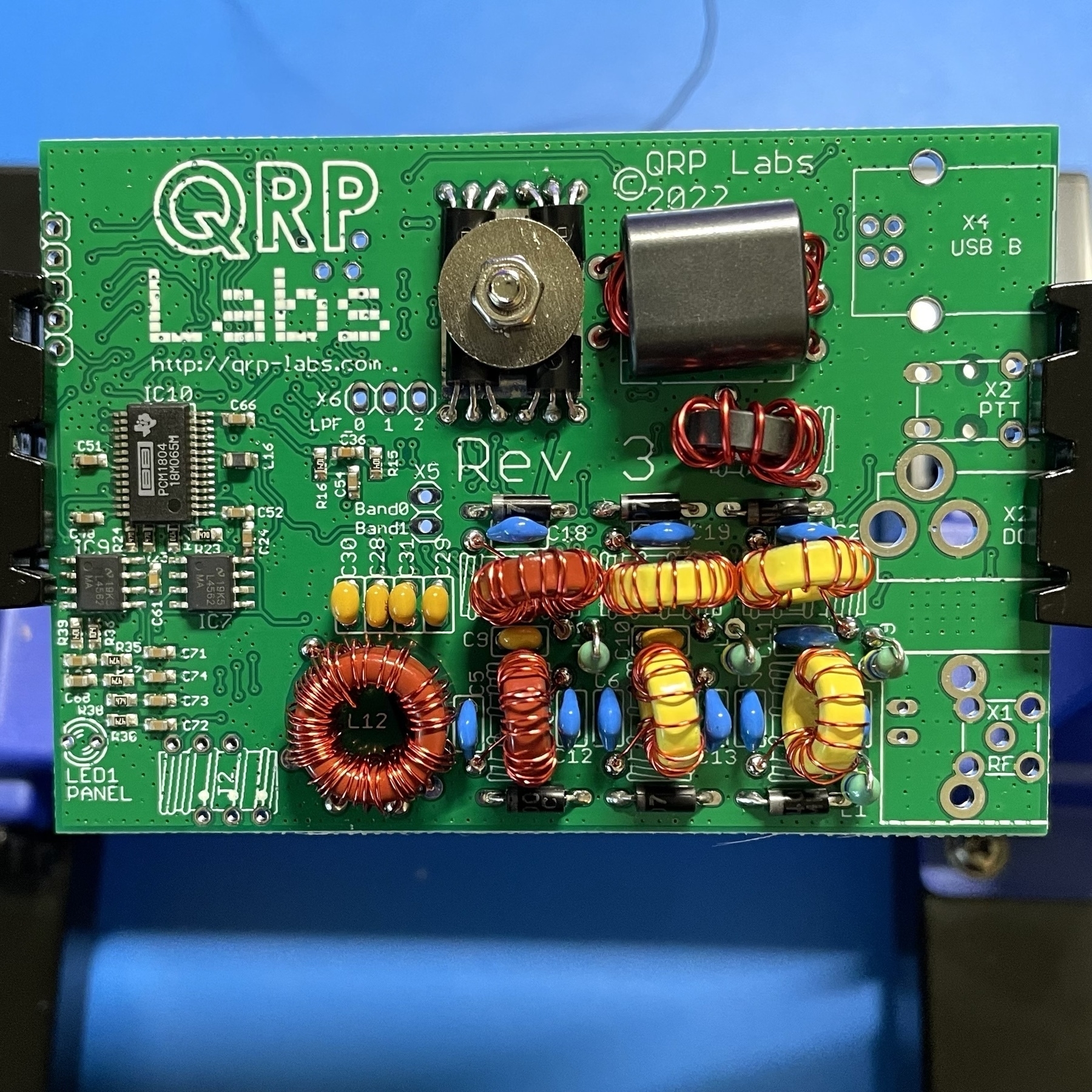