All I have to do is start this podcast and our 13 year old son immediately stops what he is doing to listen. The “Supermassive Podcast” by the Royal Astronomical Society is so well done. podcasts.apple.com A bunch of small clouds this morning. They’re usually white but today were rather dark. As an owner of one of those older iPad Pros I think this is good news. Assuming it stops being buggy.

It’s hoodie weather! Well at least it was 58F this morning when I went out to exercise. But the high will be near 90F so the hoodie won’t last for long.

Our kitchen drawers need better organization but none of the pre-made organizers fit well so I’m thinking of creating some myself. I don’t think it would be difficult but I like proper tools. Probably going to give it a try anyway. 🪵

My wife and I are now bi. Bivalent that is. We switched from team Moderna to team Pfizer hoping for reduced side effects. 💉👊🏼

I’ve been getting warnings from Twilio for months that the API I’ve use to send SMS messages was going away. I kept putting off looking at it because API changes are a PITA. Sat down to look at the details just now and it was trivial. Took all of 10 minutes to modify and test.👍🏻

A few days ago I bought Immortals Fenyx Rising on sale for our PS5. It definitely has a Zelda BotW feel and in some aspects is better/less frustrating. Rather humorous too. My son and I are each engaged in fun playthroughs and I think many hours will be invested.🎮

We’ve had a few days with a morning low in the 60s and reasonable humidity. Summer’s back has been broken. Also, the sky was truly lovely. The combination really had me stepping up my pace. 🏃‍♂️ 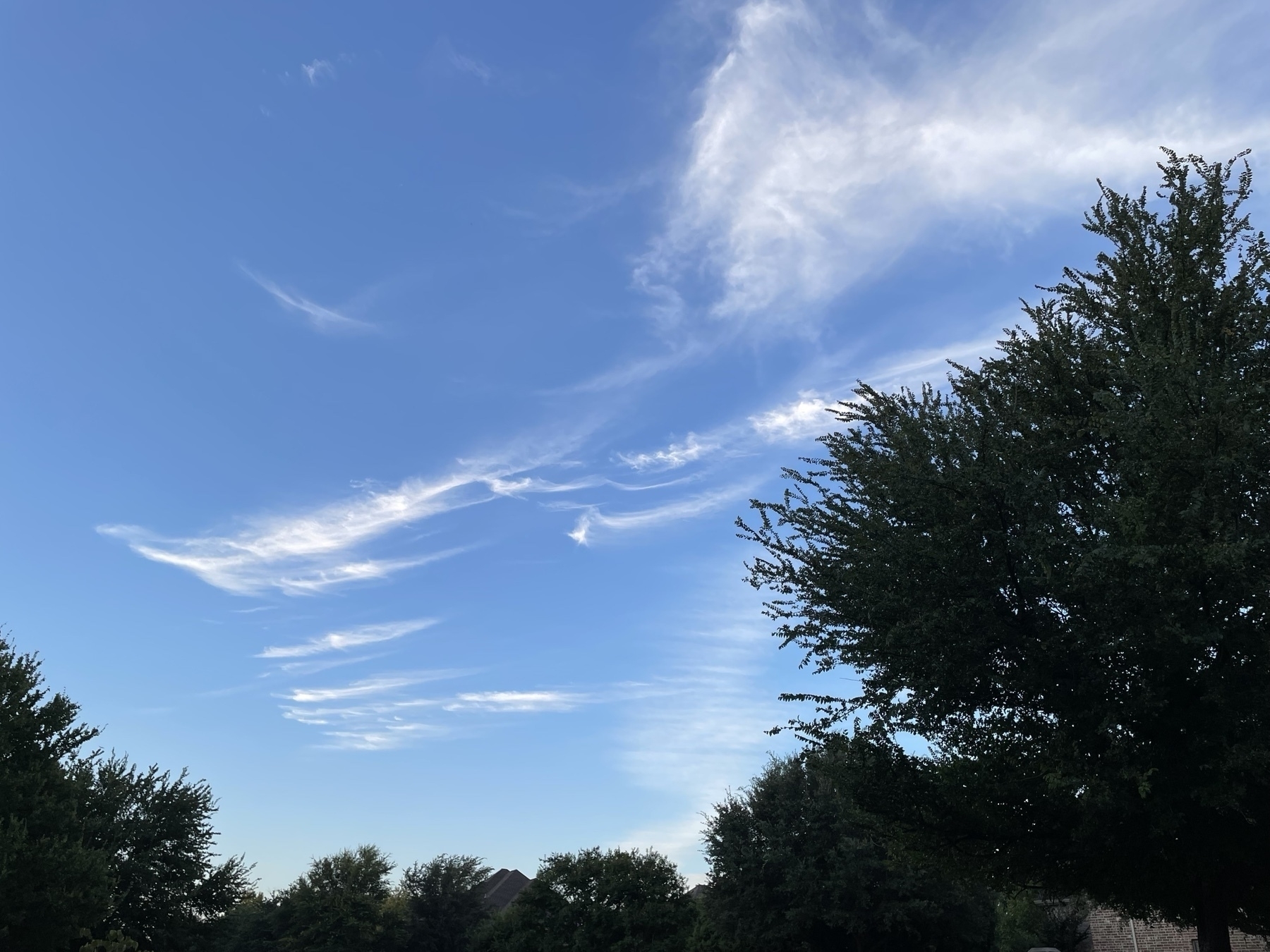 I’m really into this new “now play” screen on iOS 16. Much more usable. And I don’t recall it matching the color of the background to the album art like this before.

I fell asleep shortly after it started and didn’t wake up until the iPhone Pro portion. 💤

This view of the Tarantula Nebula is amazing!
A Cosmic Tarantula, Caught by NASA’s Webb - NASA

I installed a Schlage Encode Plus smart deadbolt this morning. The family is already in love with the thing. Sooo much faster and reliable than our old Level deadbolt. 👍🏼

So it turns out one of our 13 yo son’s teachers was investigated in April but not charged. More info was recently uncovered and now he is in jail and indicted on 2 counts of indecency with a child with sexual contact. These kids are 12 and 13 years old. WTF. So many degenerates. Have to have one of those conversations with our son after school. 🤬

My wife and I are very heavy iPad Pro users. I really wish Apple would introduce a new version next month. I can wish, right?

Although our daughter took 1 college class in HS and another this summer we didn’t get the “our daughter’s in college” feeling until today. Her first day going to the actual campus is Monday and we’ve been finalizing the details and helping locate her classrooms. Exciting!

It was fun watching Nottingham Forest playing in the Premiere League today. Good on them! But they’re not getting much respect I guess because they don’t even have a jersey sponsor yet. ⚽️

Today’s workout: re-upholstering 4 of these 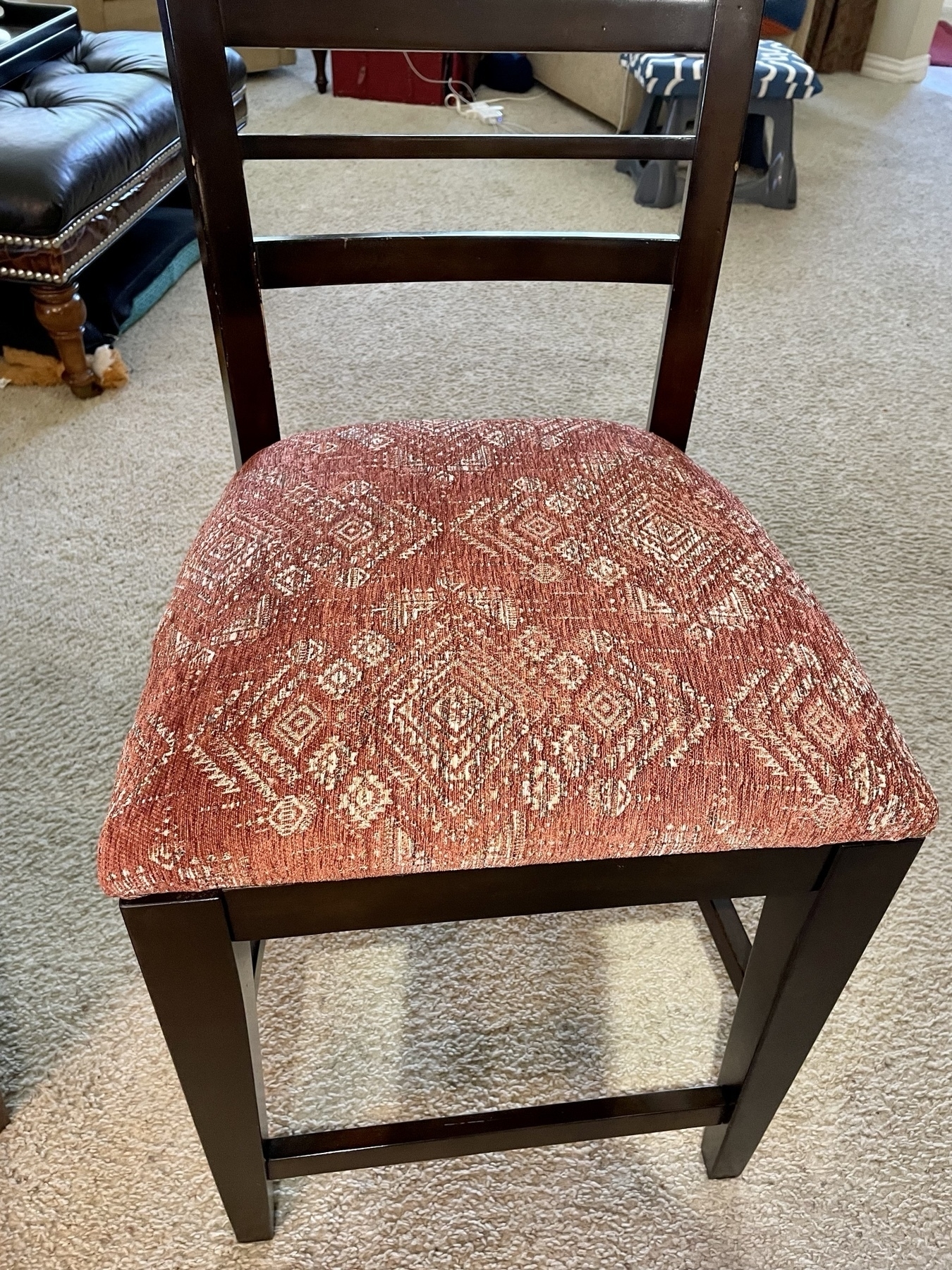 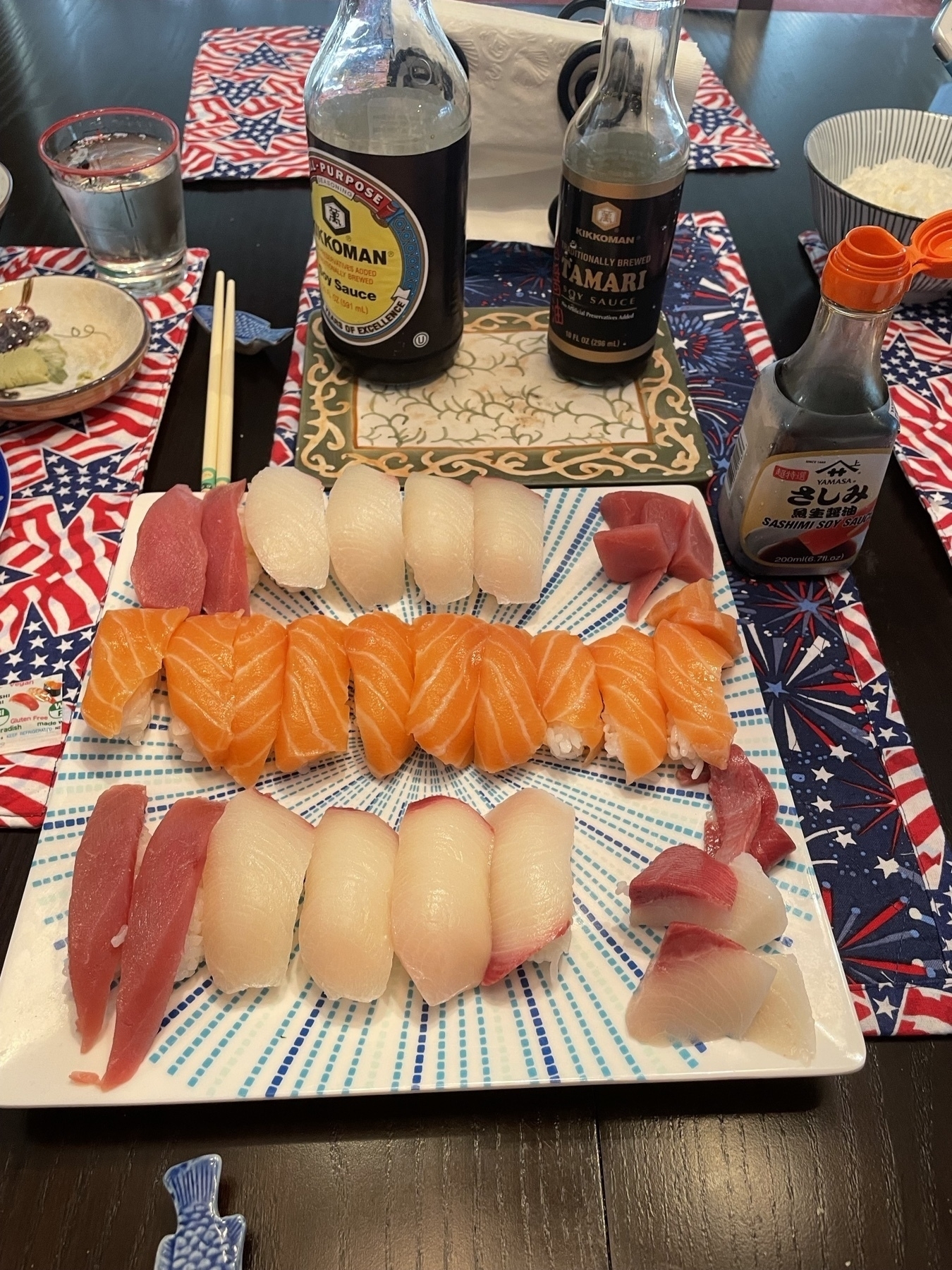 While picking up fish for tonight’s sushi dinner we fell to temptation and bought a piece of wagyu beef to cook tomorrow. First time using wagyu at home. Hope it is worth it! 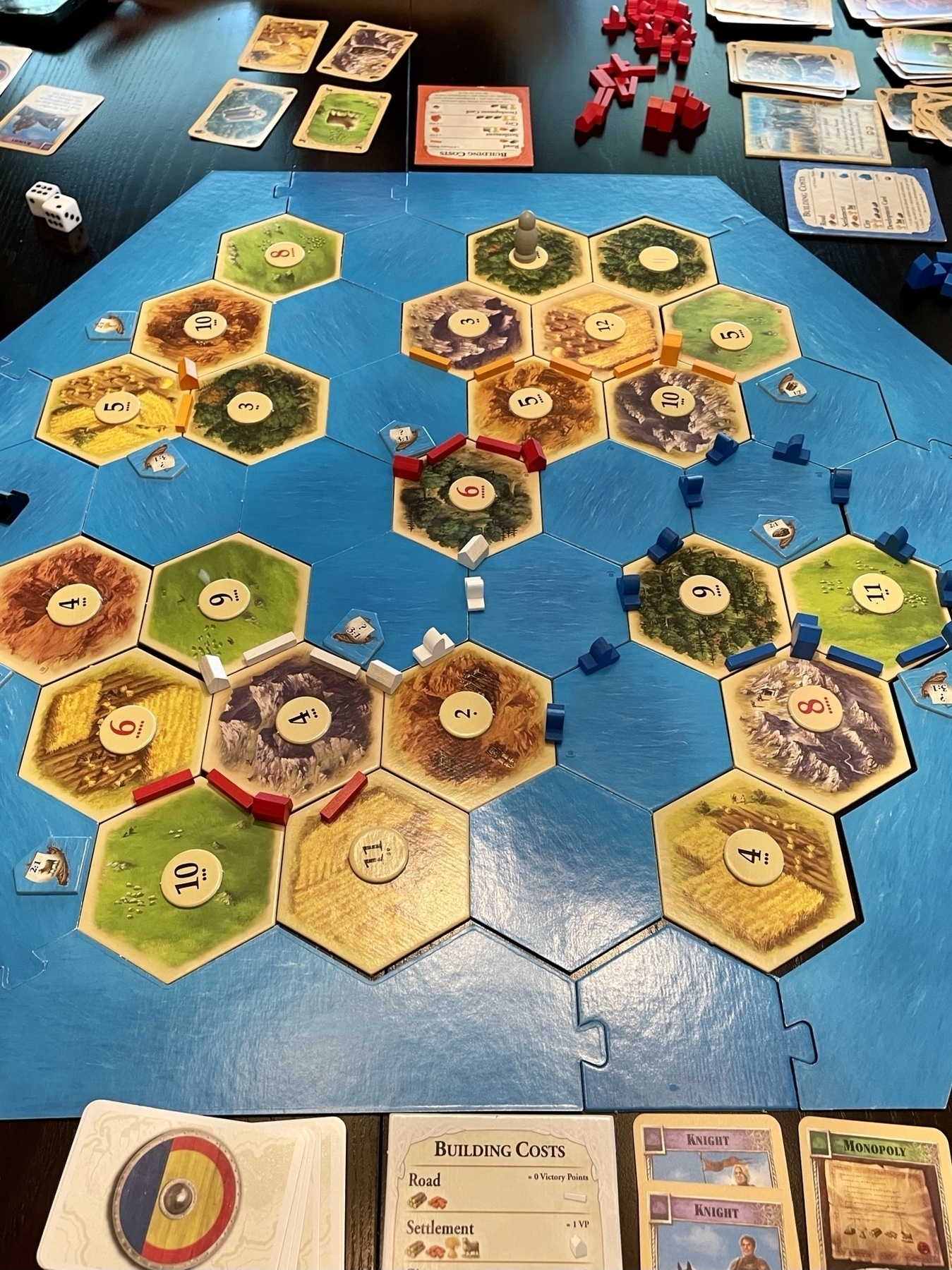 Our backyard garden this year has been a huge disappointment. We’ve been able to water it sufficiently but the incessant 100F+ days and overnight temps in the mid-80s have prevented plants from pollinating. They’re otherwise healthy-looking but produce little to no vegetables😩 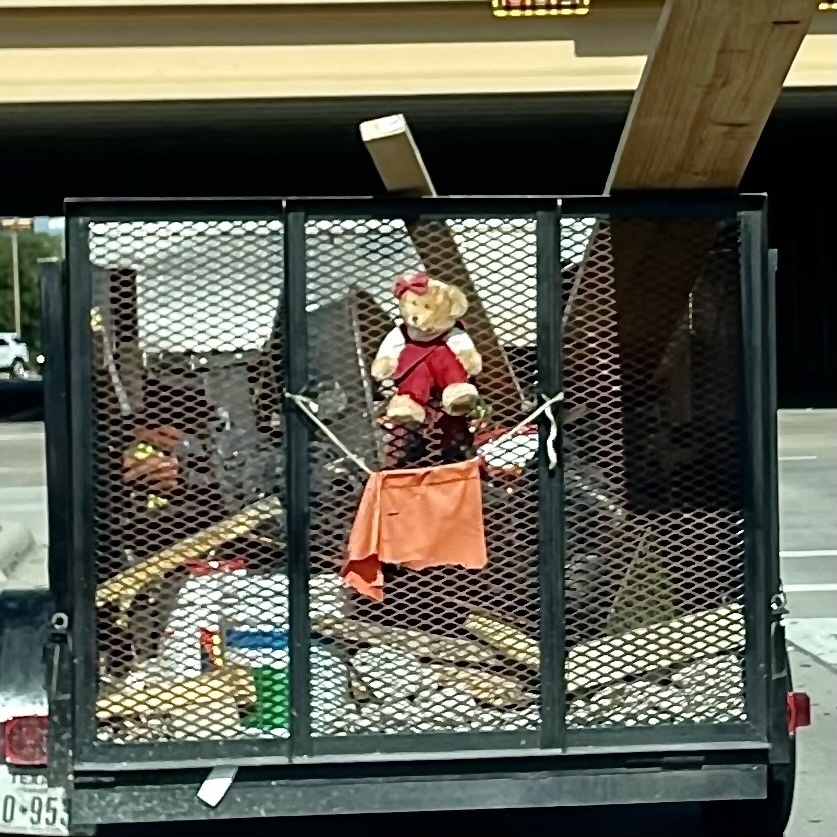