Earlier this year @johnjohnston posted animated GIF images of the sky/weather based on a Raspberry Pi setup. I’m a bit of a weather nerd and the idea appealed to me especially since I had an older Raspberry Pi and Pi camera sitting idle. But I wasn’t much interested in animated GIFs based on a general aversion but also because the video quality is rather poor.

I set up the Pi with the camera pointed at the sky on the front of my house and created a Window on Weather repo in Github comprised of a couple of bash scripts and a Python script. Every 10 minutes the Pi captures a short set of still images which are compiled into an animated GIF but more usefully to me an MP4 time lapse covering 10 minutes of real time. The resulting MP4 is about 10 seconds in length. I also created a script which creates a 1 hour MP4 compilation which has a viewing time about 1 minute. The file size of a 10 minute time lapse MP4 is a typically less than 10MB and, rather interestingly to me, is smaller than the animated GIF. The MP4 compilation of 1 hour of sky time comes out to less than 50MB. Images for the most recent 3 days are available on the Pi via Apache.

I enjoy looking at the MP4 time lapses on a regular basis. Even when the sky seems uninteresting the time lapse often reveals lovely changes. I feel like I should make stills or the MP4 publicly available but I haven’t yet delved into a hardened and usable method of providing a gallery. Plus I’m not sure there is an audience.

I finally found a use for my old Flickr account 😃 and posted a couple of sample videos there. This is a MP4 from a mostly sunny day and this one is of a day with clouds coasting by. Unusually for Texas the weather the past week has been flipping between severe clear and a pretty uniform overcast, neither of which makes the most interesting viewing. I think this project will be especially interesting when thunderstorm season starts.

The repo includes a housekeeping script that removes old files periodically so the SD card doesn’t clog up as well as the crontab entries I use to run everything. 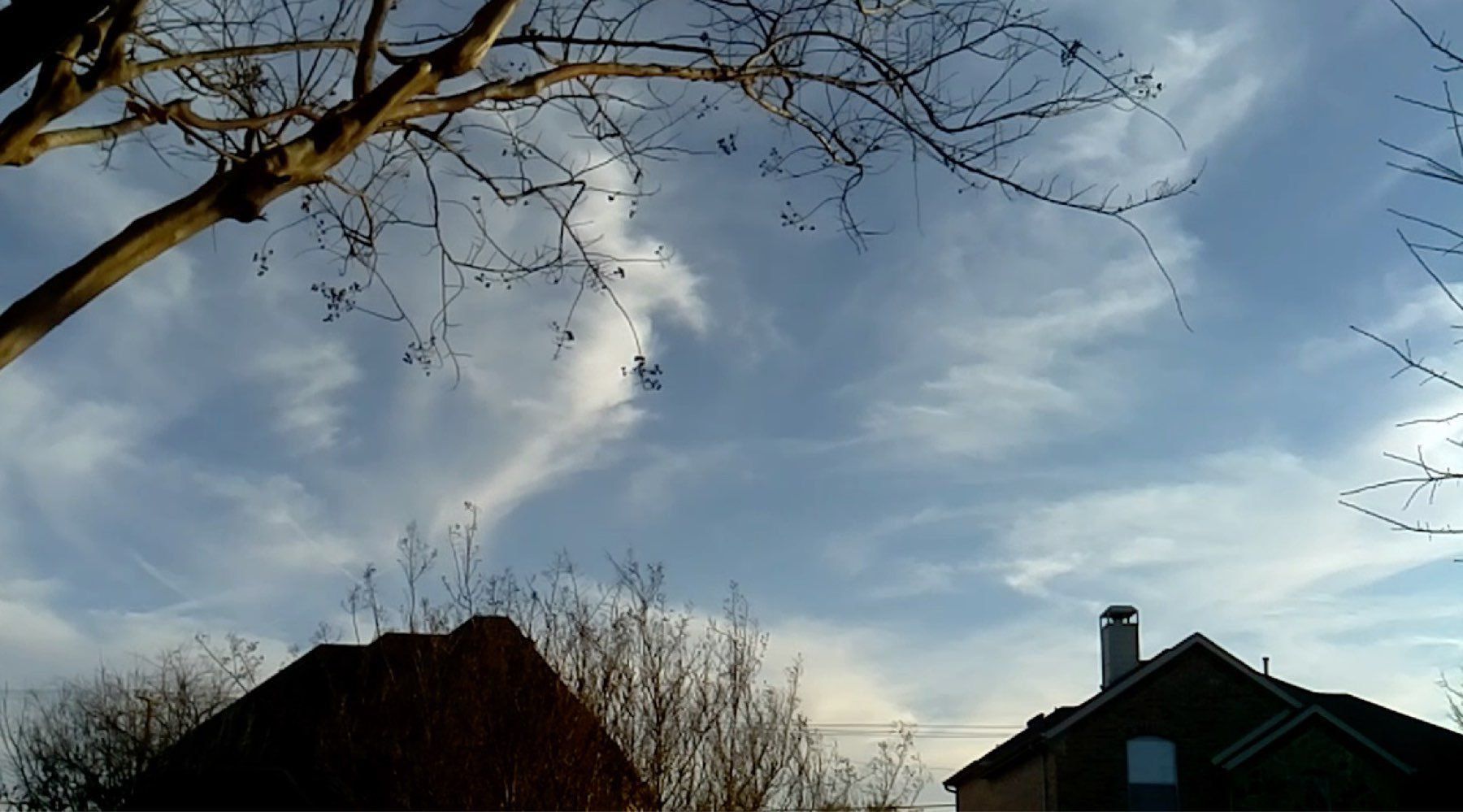